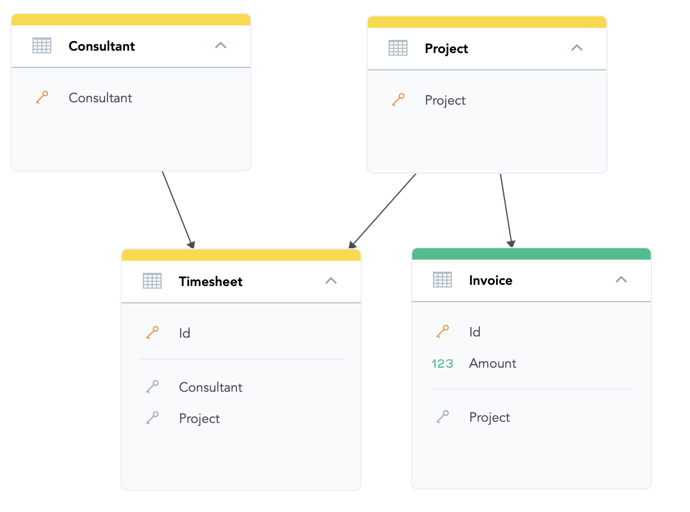 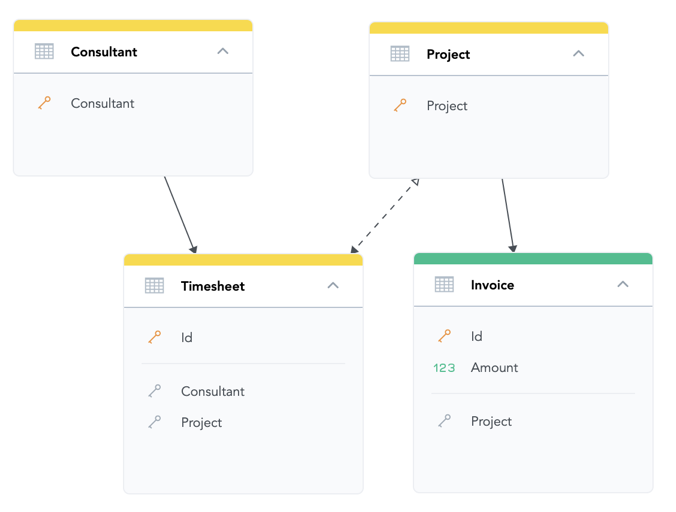 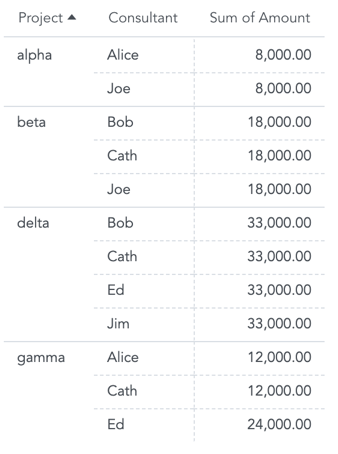 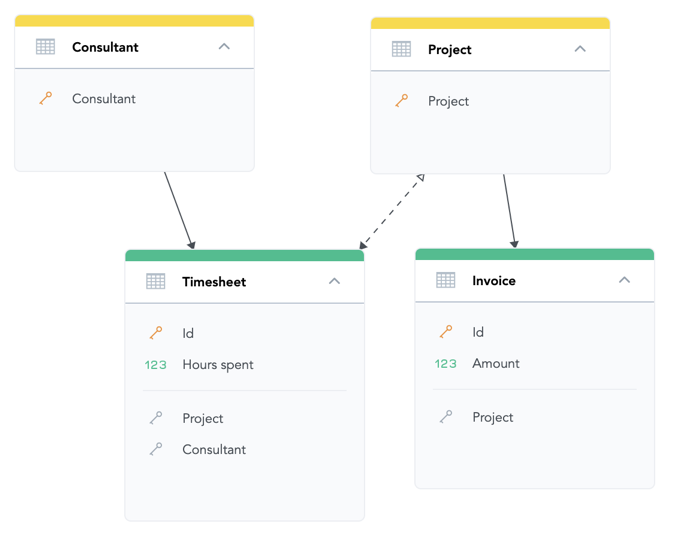 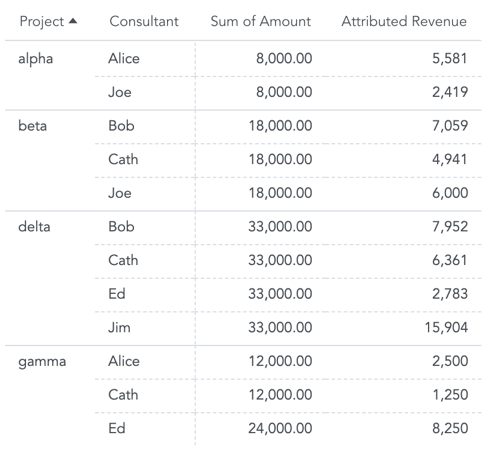 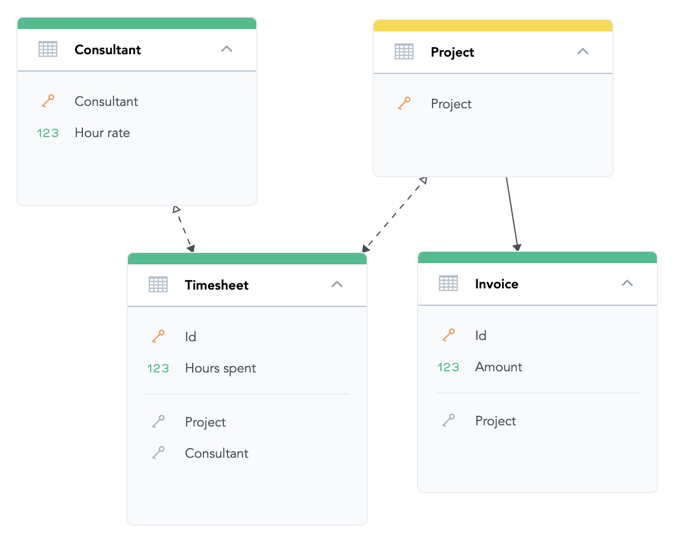 The following data model schemes show the NOT-recommended and invalid modelling structures among datasets. Attempting to save a model with such structures may fail.

The following model is valid. 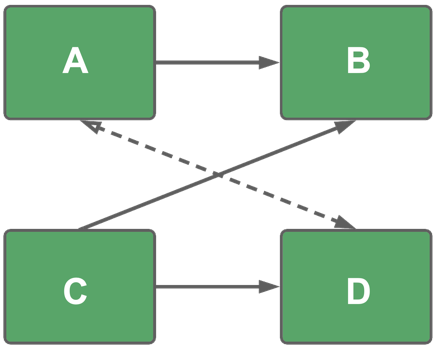 The following model is invalid.

The analytical engine encounters ambiguity. Two or more paths of the same length would provide an insufficient input to resolve a query: A → B → D or A → C → D. 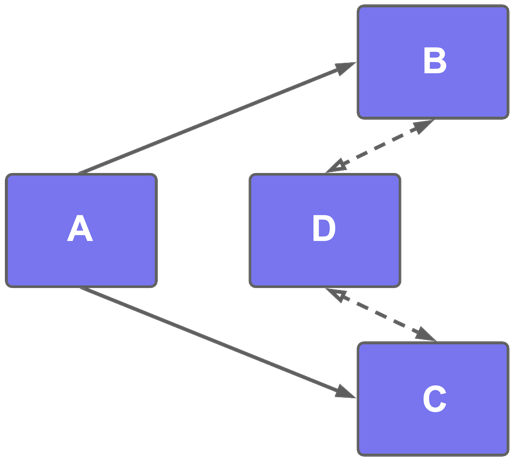