The least-squares method of linear regression attempts to fit a linear regression trend line as closely as possible. This line has the smallest possible value for the sum of the squares of the errors between the predicted value of the line and the actual two-dimensional data points.

In the following diagram, the least-squares linear regression plots a line through the set of points that minimizes the sum of the squares of the error factors. 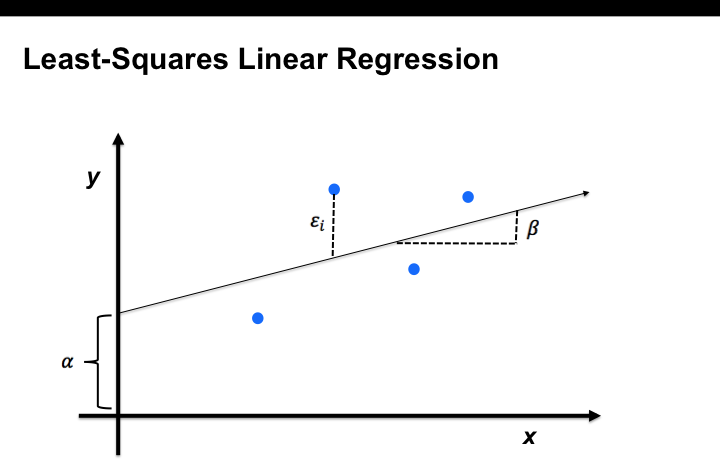 The actual data points are calculated using the following equation:

Use the R-squared function (RSQ) that returns square of the correlation coefficient to measure how well the linear regression expresses the variability of the Y values around their mean.