MAQL includes the following ranking functions that sequentially rank all values in a visualization.

The following ranking functions differ from the TOP(n) and BOTTOM(n) filters which filter only for a specified number of top or bottom values (such as the top five or bottom five sales reps).

For more information about the WITHIN clause used in the following examples, see WITHIN Clause.

Though similar, the RANK and DENSE_RANK functions differ in the way each ranks the first row that follows rows of duplicate values.

In the following illustration, see how the output of RANK skips ranks (leaves a gap), whereas DENSE_RANK does not skip ranks (leaves no gap). 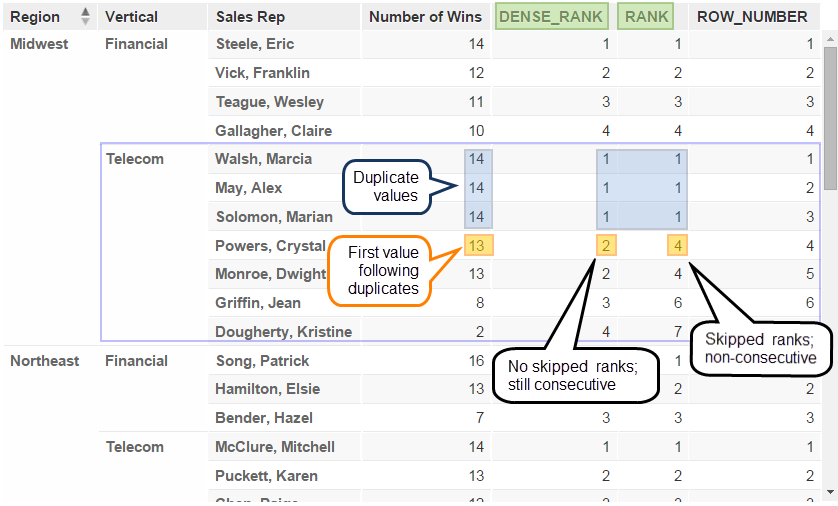 The ROW_NUMBER function assigns a unique number to every row in a set, regardless of duplicate values within the set.

The following illustration shows how ROW_NUMBER can be used with the WITHIN clause (see WITHIN Clause to return unique row numbers for several subgroups in a visualization. The presence of duplicate values (ties) in the Number of Wins column has no effect on ROW_NUMBER. 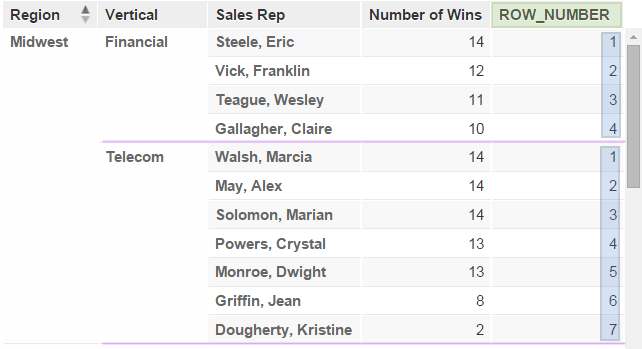 The following statements clarify how they differ.

PERCENTILE
TOP or BOTTOM(n) IN