In a typical workflow, you are evolving LDM in time. For example, when you add a new table to your database, and you want to utilize it in your insights, you have to update PDM and LDM accordingly.

Generally there are three approaches. All approaches require updating PDM, go to Physical Data Model to learn how.

We are going to describe here the first two approaches, the third one is described in the article Auto Generate LDM .

Both approaches can end up with the same model. Update LDM manually, if Auto generate new LDM would rewrite your manual changes, or if you want to add a complex LDM design, which cannot be auto-generated.

Every time you update the LDM, you have to publish it to the workspace before you can utilize changes in analytical applications.

Use case - extend Model by Shared Dimensions Region and State

We are going to evolve the Demo model used in Getting Started .

As you may already realize, the model is not fully aligned with best practices described in root page of this section . For example, there are attributes State and Region in many datasets. They are not defined as separate dimension datasets, which could be shared by all fact tables. Insights utilizing facts (or measures based on them) from both Order lines and Campaign Channels fact tables cannot be sliced by Region or State attributes.

Region and State attributes are denormalized in the database. This may still be valuable from performance point of view. E.g. if you want to slice facts from Order lines by State and you want to get only states with at least 1 order line, it is valuable to use Order lines.State attribute, because in underlying database no JOIN operation has to be executed.

Alter relational model in the database

We are going to alter relational model in the embedded PostgreSQL database. Use your favorite IDE for working with databases, e.g. Dbeaver . If you prefer command line, you can utilize psql from inside the container:

Connect to the database using same credentials, which we used during registration of the related data source entity:

There are alternative ways how to prepare new regions and states tables. Solution depends on what you prefer and also on amount of data in related tables:

Let’s say we cannot utilize Auto Generation of LDM , e.g. because we manually updated the Demo model in the past, and we do not want to lose these changes.

Consider if you need to keep State and Region attributes in datasets Customers and Campaign Channels. They may be useful from performance point of view (prevent JOINs between underlying tables), but they have limited usage (only regions/states are displayed, which have at least one record in the related table).

In this case, because we defined primary and foreign keys, we can still utilize Auto Generation of LDM . Use Replace Scan mode to fully replace already stored PDM, otherwise you would end up with invalid mapping between LDM and PDM. 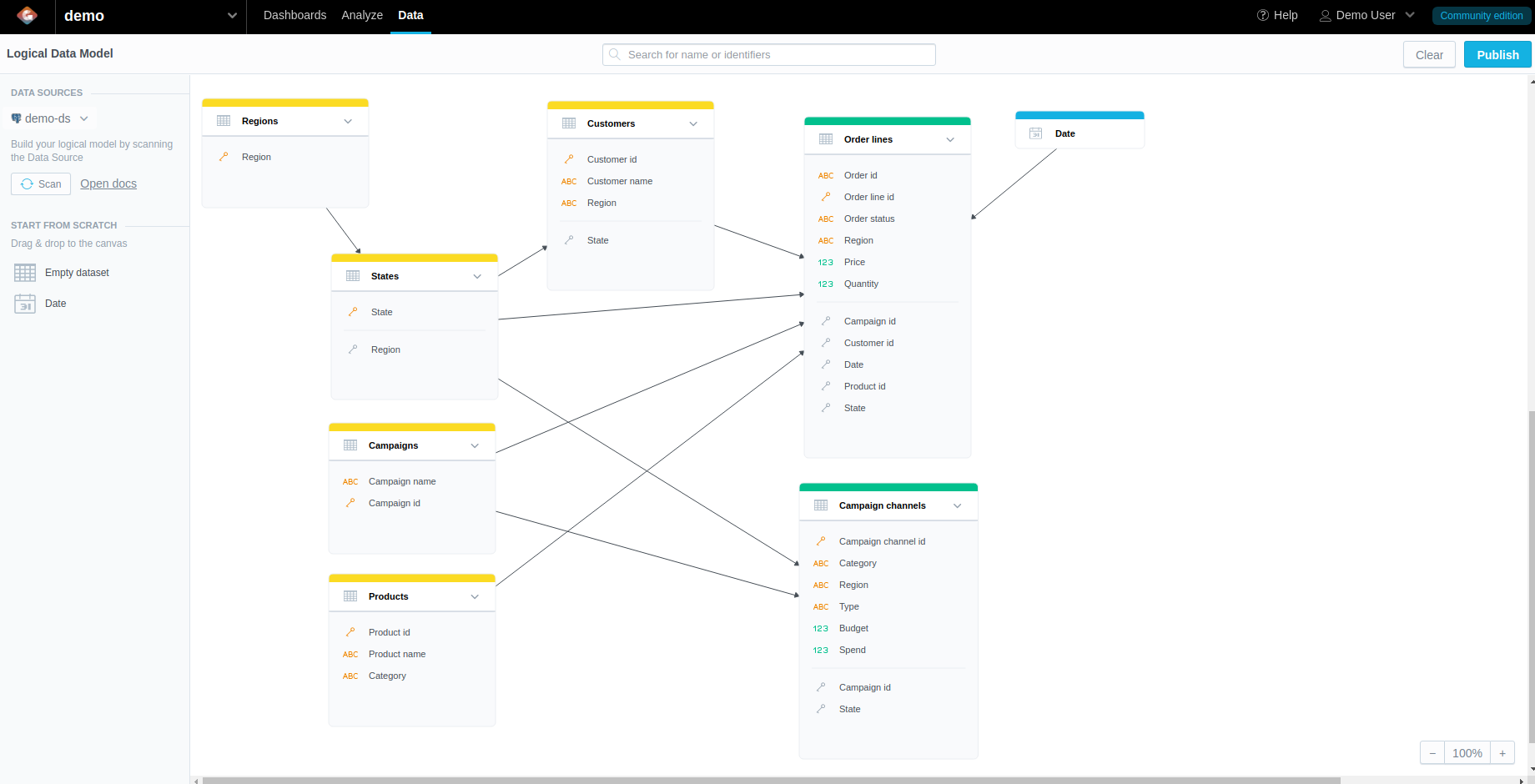 Go to Publish Logical Data Model to learn how to publish model.

Create an insight containing two measures Campaign Channels.Budget and Order lines.Quantity. Now you can slice them both by Regions.Region: 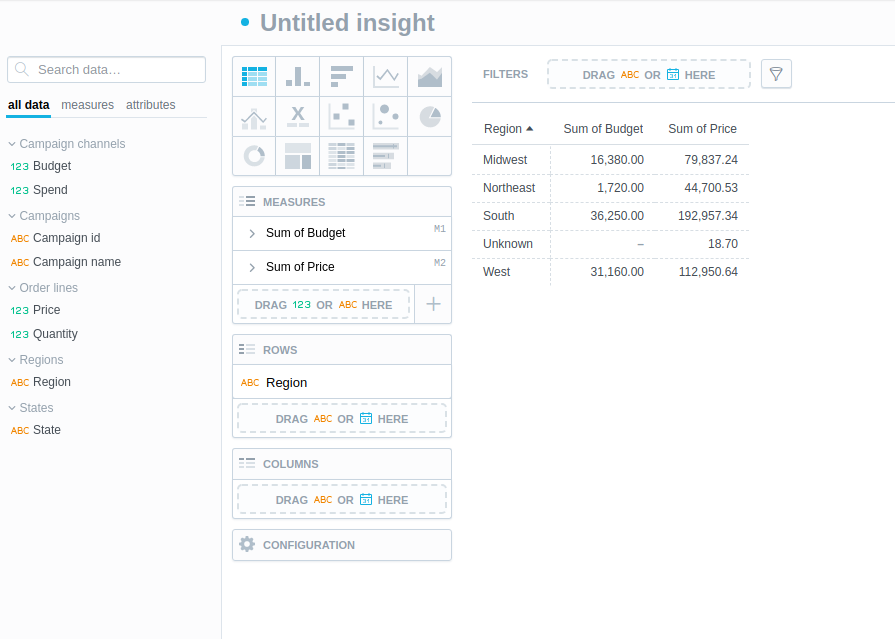